I showed you my painted flowers back in June. 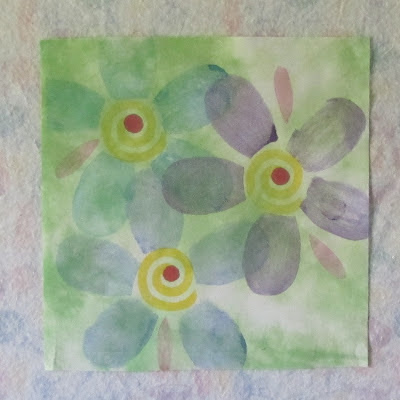 My original plan had been to machine quilt this. After Goldie died I needed a hand project and this was already basted and ready to go. I love how it turned out!


Does anybody else use hand work as a distraction from grief, worry or stress?

The finished size is 12" by 12". I used a variety of variegated YLI threads for the stitching. Since my machine doesn't like the YLI, I now only use it for hand work. My hand sewing needle isn't as picky as  my machine and didn't complain at all. 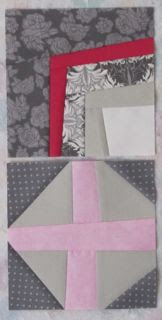 I'm a bit behind. Rather than try to get caught up all at once, I plan to just do two blocks a week (the currents week's block and a make-up) until I get caught up. However, if I have time and want to do more than one extra block I will.

Go visit Caroll at Attic Window Quilt Shop to see her block for last week (the top block). Then take a peek at what we will be making this week at 42 Quilts.

Email ThisBlogThis!Share to TwitterShare to FacebookShare to Pinterest
Labels: quilt along, wonky piecing

On July 4th we had a special treat - we rode the Durango & Silverton Narrow Gauge Railroad from Durango to Silverton and back. It was an all day event and very scenic. It was also sooty and chilly at times. I took LOTS of pictures that day. The whole trip was beautiful, even when it rained. 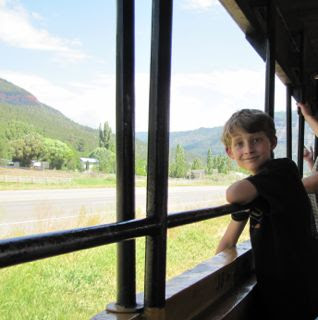 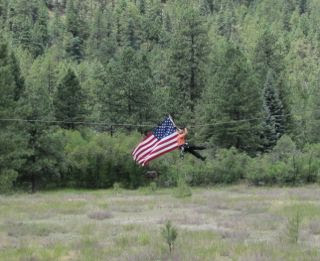 The train goes past a small resort that is accessible only by the train, Soaring Tree Top Adventures. They have a "trail" of zip lines for their guests. This guy zipped along side the train with an American flag, because it was the 4th of July I guess.


The train had to stop several times for water since it was using a steam engine.

The train ran along side the Animas river most of the way. Notice the black cloud coming from the engine stack. We rode in a gondola car. It was excellent for photography, but quite sooty. We all needed showers when we got back. 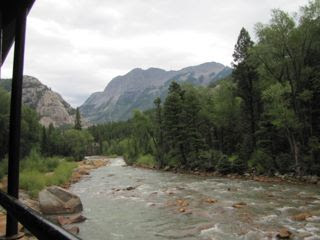 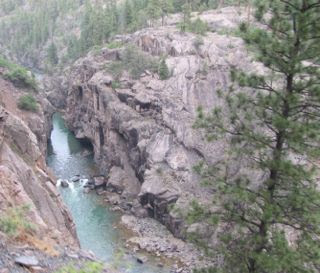 The drop off along side the tracks was a bit scary in places, but what a view!

The train museum in Durango is also impressive. It is located at the depot. We've been there before years ago, when my son was 4 years old and Thomas the Tank Engine came to Durango. 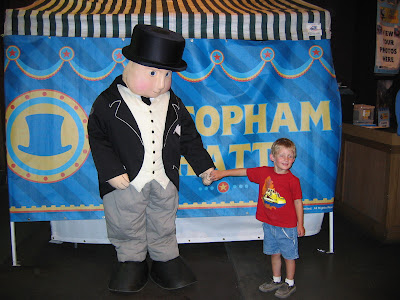 He wasn't too sure about Sir Topham Hatt. My goodness he was small (and cute)! 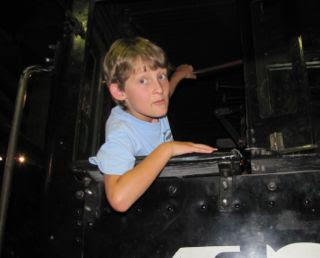 This engine was a big hit then too. Guests are allowed to climb up into the engine and sit in the driver's seat. I didn't get a good picture of the inside of the engine this time but this is what it looked like in 2006. 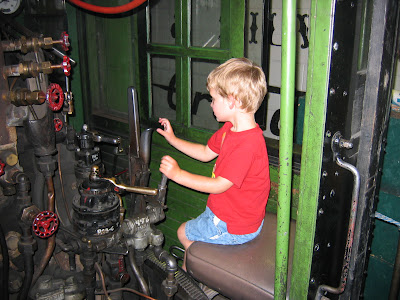 There is also a very large model train set up in the middle of the museum with several trains running all the time. Little boys (and big boys too) can stand for quite a while and watch them go around. It is pretty detailed so there is lots to look at. There is no admission charge to the museum, although donations are welcome, so it is an economical way to entertain the family for a few hours.

We spent the first week of July in Durango with my family at what has become known in our family as the "Yippee Yi Yo" house. This is not a single house but is the name we give to the vacation home my parents rent where our family (my parents, my family and my sister's family) meet for a week roughly every other summer. The first house was in Taos, NM and our son was 4 or 5 years old. He was trying to figure out who's house we were living in for the week since he knew it wasn't ours. He didn't understand the concept of renting a house for a week. I think it was my son, but it could have been one of his cousins, who first called it the "Yippee Yi Yo" house. The adults just said yes because we were all tired of the conversation and this name seemed to resolve his confusion of the situation. And the name stuck.

This years Yippee Yi Yo house was at Durango Mountain Resort. 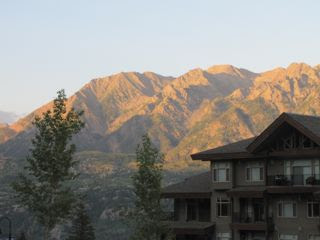 It was dubbed the luxury Yippee Yi Yo house by my son. He had a bedroom and bathroom to himself. His bathroom had a tub that seemed very large to him. He announced that he was taking a bath every night in his luxury tub because it was like paradise. LOL! He didn't take a bath every night, but did take one more than he would have at home and with less whining.


Durango, CO is a fun place to visit with lots of things to do. Durango Mountain Resort is a ski resort located about 23 miles north of Durango, but they have lots going on in the summer too. One day we purchased Total Adventure tickets to ride the Alpine slide, play mini golf, ride the bull, and do the bungee tramp.


We only purchased the Adventure Ticket for our son, but I bought a single ride Alpine Slide ticket for myself so I could do it once. It was really fun! It was also fun to sit at the bottom and watch the people come down. One couple rode down each with a young child in front of them. They reached the bottom at about the same time and both kids jumped up and exclaimed, "that was AWESOME! Can we do it again?"


There was also a pool at the resort that we were allowed to use for free since we were resort guests.


It was a very nice hotel size pool and just right for burning off some energy in the afternoon.

Besides shopping at quilt stores, we also went to a science museum, the train museum, the indoor community center pool (twice) and rode the train to Silverton and back. I'll show photos of some of those things in my next post.

Email ThisBlogThis!Share to TwitterShare to FacebookShare to Pinterest
Labels: family

My new computer arrived this afternoon! I've been a PC user for years but am trying a Mac Book this time. So far I like it, but things are done differently on a Mac. I have figured out how to get my pictures off of my camera and am playing with the editing options already installed. I've edited one photo so far. 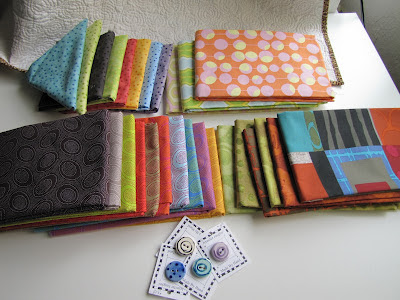 It sure feels good to be online again. It is going to take me a few days to figure out my new computer. I've been busy in my sewing room and have been taking pictures even though I haven't had any way to show you what I'm doing until now.

I am still computerless! Thank goodness for my iPad. The fixes we tried on my laptop were unsuccessful. A new one was ordered today. This time I am getting a Mac Book. I hope to be back here with photos of what I have been doing lately soon after it arrives. Lynn
Posted by Lynn at 4:41 PM 1 comment:

Email ThisBlogThis!Share to TwitterShare to FacebookShare to Pinterest
Labels: blogging

Thank you to everyone who left such kind comments on my previous post about the loss of our cat. I read each and every one but just couldn't bring myself to respond to them. My family is doing much better although we are still very sad and miss her terribly.

However, my silence on this blog has not been due to my sadness. My computer has had a "stroke" of some kind. My computer is also the family computer so we each have an account on it. My husband's account and my son's account both worked fine, but I could not log into my account. My account holds all the family financial information, all of my work files as well as all of my pictures and other personal files. It has taken my husband and I two days to get it working at all. Unfortunately, it is still not working well. Everything is very slow and somethings aren't working properly. Fortunately, I back up my things regularly and was able to access files to copy them onto an external hard drive from one of the other accounts. So I haven't lost any of the most important things, I just can't do anything with them yet.

I can't get pictures off my camera or even edit them if I could download them. Those of you who have had this kind of problem know how long it takes to get everything reinstalled and working properly. So when I can nurse this thing back to health, I've got lots to share with you. Until then ...

Email ThisBlogThis!Share to TwitterShare to FacebookShare to Pinterest
Labels: blogging 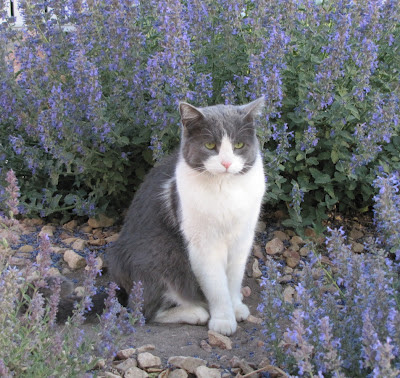 Our beloved Goldie passed away this morning. I am very sad. The boy doesn't know yet. He is still with his grandparents. The thought of having to give him this news makes my stomach ache and my heart break.