I only used 20 squares from my layer cake to make a smaller version, about 46" by 56". This is a good size for a quilt for my Quilts for Oncology project. 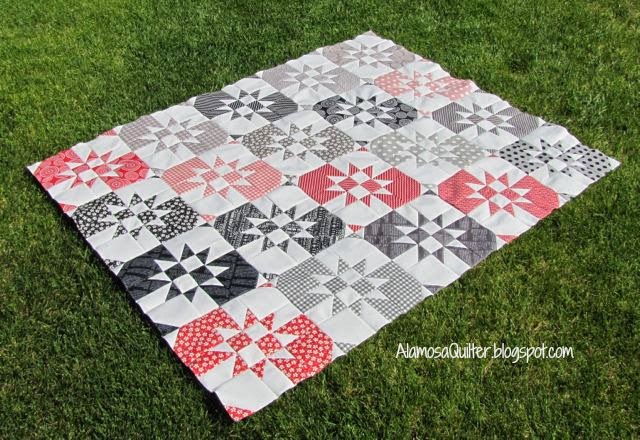 I enjoyed making this but hope the bias edges don't cause problems when it comes to the quilting. A border would contain the bias edges, but I don't want it to be any bigger than it already is. I stay-stitched around the outside edge instead. It will never hang on the wall, except on my design wall. 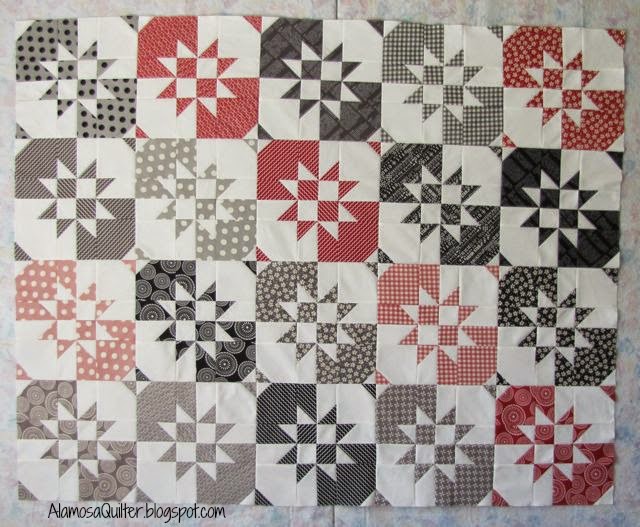 Despite the bias edges, I really like this quilt and will probably make another. I still have the other half of the layer cake left!

What a beautiful quilt! I love the fabrics and the colors you have chosen. Make me want to try this one!

I have seen this video before but it still amazes me that someone came up with this. I love the finished block.

Love your color choices and linked it up on my blog as a design I am going to try.

I really love this pattern/quilt. Can I ask how big the finished squares ended up being (when using two 10" squares)?

I saw a quilt made out of this pattern today at One Quilt Place in Fredericksburg, TX! I asked about the pattern and they told me I could find it on the Internet! So here I be!

I saw a quilt made from this pattern today at One Quilt Place in Fredericksburg, TX. I asked about the pattern for it and they told me it was on the Internet, so here I be now!